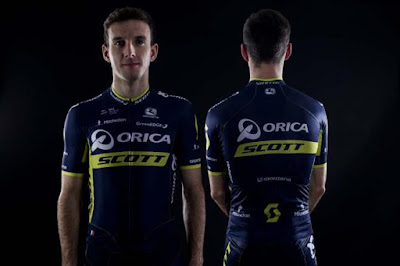 After 10 days of hard battle and tons of votes, Orica-Scott's kit has been elected the best 2017 racing Kit. Congratulations!!!
This is just another trophy in 2017 for the team, which seems to have started the season in the best way.
Caleb Ewan has dominated every single sprint during the Tour Down Under and now everybody is curious to see him in action again in Europe.
Milano-Sanremo? Why not! In recent years it has been a race for Aussies and I think Caleb will be happy to continue the tradition.

Just a quick comment on the two worst kits of 2017: Bora-Hansgrohe's and Uae Abu Dhabi's.
There is nothing to say, the two kits are horrible but, while Sagan's vitories will comfort Bora-Hansgrohe, who will help UAE Abu Dhabi?
Posted by Piesk8Cycling at 13:10