Rider of the Month: January 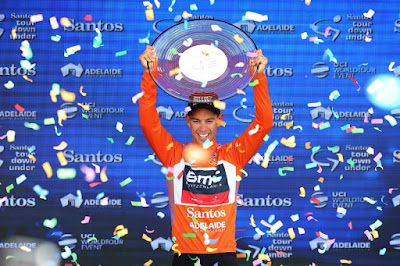 It was easy to predict that the first Rider of the Month in the 2017 would have been an Aussie but we don't have to forget that this is the first Tour Down Under win for Porte.
The rider in the BMC colors has litteraly dominated the two hardest stages of the race, conquering a well deserved win in the General Classification.
This great victory made Porte lift another great trophy, as he has been elected Rider of the Month!
Congratulation Richie! Will you be the Rider of the Month in July too, just after the Tour de France?
Posted by Piesk8Cycling at 14:46