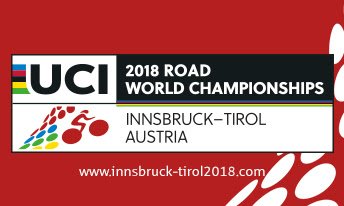 The circuit of the 2018 Cycling World Championships is one of the most interesting among the recent editions.
It seems to be a circuit for climbers and we could have a GC contender wearing the rainbow jersey since Cadel Evans.
Nevertheless,  with the approach of the race, the reaction of the riders is hard to believe.
Italy, with its captain Nibali, was in the short list of the possible winners but after the Tour the France crash of its captain and the horrible year of its lieutenant Aru, It has been relegated to a secondary role.
Great Britain, presenting the winner of the two grand tours so far, was in the short list as well. Nevertheless, Team Sky announced that their two champions are too tired to race the World Championships. Are you kidding me?!
The team still have two great contenders with the Yates brothers but I found hard to believe that the two strongest riders won't compete for the rainbow Jersey.
Colombia seems to be the favorite, with so many great climbers they are definitely the strongest team in Austria.
The problem will be to ride as a team; the rivalry among the Colombian champions is really hard and La Vuelta 2018 is enhancing it.
France and Holland are just below Colombia, in my opinion, they are two solid teams with a lot of tradition and can count on strong climbers.
They have less strong climbers than Columbia but their teams seem to be more organized.
Talking about Belgium, I don't think this will be the year of Belgium or of the Classics kids because the circuit looks really strong but the fact that Italy will race without a captain will not make the race as hard as planned.
In conclusion, I really wonder if this will finally be the deserved World Championships of Valverde. Spain has always had the problem of never being a team but, without Rodriguez, this time, Don Aleandro could have the chance of his life.
The team of Cycling Impressions will be in Austria providing you a lot of great contents, stay tuned!!