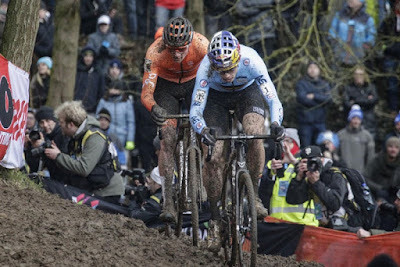 For a moment I thought about calling this Impression Coppi & Bartali.
I don't think the comparison is too much.
They are the most interesting rivalry in cycling at the moment and the upcoming World Championships will be their true final battle.
They are moving to road cycling and, even if I hope they will battle in the same way on the road, we all know it won't be the same.
They both lost the cyclocross World Cup so they have just one last goal.
I hope and I'm pretty sure it will be an epic final battle in the cold north of Denmark.
It doesn't matter what will happen on Sunday, these two guys will be remembered together.
You won't pronounce Van Der Poel without recalling Van Aert and vice versa, this means being part of cycling history.