Gravel Roads, The New Must In Cycling Fashion

It all started in Italy during the Giro d'Italia 2005 climbing the terrible Colle delle Finestre, as the last kilometers of the terrible climb were not tarmacked.
The following years the Giro d'Italia repeated the happy initiative.
In 2007 was created Eroica Strade Bianche. The peculiarity of this race are, as we said, gravel road sectors.
In the first stage of the Paris - Nice 2016 we find, again, few sectors of gravel road.
The Italian idea seems to be a good one, but what there is behind this decision?
Maybe in a sport where technology is improving faster than ever there is a need to go back to the origins of this incredible sport. Cycling heroes rode on gravel roads, could be this a way to bring back the human aspect in a sport where, in the last few years, technology is gaining prominence? 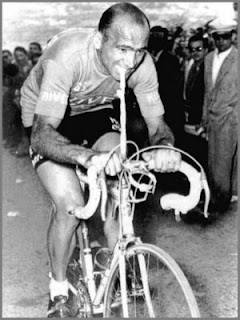