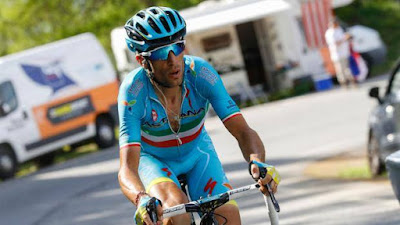 In one of the worst Giro ever created by the organizers, the Alps and the riders keep the Giro d'Italia the most exciting Grand Tour of the year.
Nibali, supported by a strong team and a gigantic Scarponi, is the main character of this Giro: the human and humble champion.
He didn't demolished the road: he fought, he struggled, he won, this is what true champions do.
There has been a lot of chatting around Nibali but Vincenzo, with his Sicilian charcater, kept riding  and fighting.
I think that now Nibali can be definitely considered one of  the top Grand Tour riders in the world, if not the best.
I don't know how many Tour de France winners of the latest years would be able to do what Nibali did in this Giro, but that's a matter for a separate talk.
There is just one stain on Vincenzo's epic quest, but it is not his fault: Nibali won't celebrate his victory in Milan, the city of the Giro d'Italia. This is the last shitty surprise coming from the organizers; luckily tomorrow it is the last stage.
Imagine to win a Tour de France and celebrate riding the last stage in a place different than Paris, this is what will happen tomorrow.
Thank you Nibali, the human champion.
Posted by Piesk8Cycling at 18:05